Tuned for Any Challenge

Our bodies are living instruments – shaped by past challenges and future dreams, choices we make and events that choose us. As a proud fitness partner of Spartan Race and the 130th Rose Parade®, 24 Hour Fitness is committed to helping anyone and everyone take charge of the music that defines their lives and tune up mentally and physically for the twists and turns ahead.

The 24 Hour Fitness float, “Tuned for Any Challenge,” embodies a powerful woman racer holding a Spartan Race inspired shield. Crafted from 45,500 flowers and standing 33 ft tall, she is bounded by golden lightning bolts to represent the immense energy and passion she brings to the challenges ahead. Riding on the float are three Spartan pro athletes and six Spartan SGX Certified trainers – representing the many specially certified trainers available to help our members achieve their goals.

“The Rose Parade® partnership with 24 Hour Fitness is exciting to me because it shows the nation (and world) that we are a company with extreme passion for what we do.”

“I could not be more thankful that on a day to day basis, 24 Hour Fitness allows me the opportunity to have a positive impact on the lives of others through fitness.” 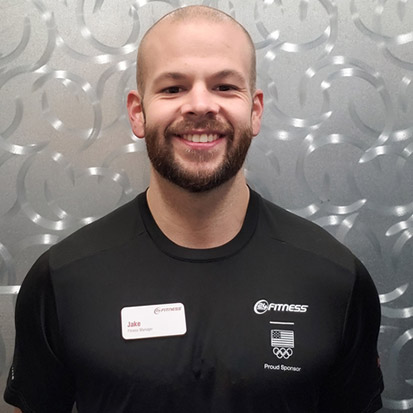 “As a huge sports and football fan I couldn’t be more excited to be on the Rose Parade® float for 24 Hour Fitness. It is such fun and unique opportunity that I will carry with me for the rest of my life.”

“It excites me that 24 Hour Fitness will possibly be able to inspire millions of people across the country to make a positive change in their life.”

“It is an honor to be a Spartan certified trainer. After participating in races and training for them year round it feels good to help people start or continue their Spartan journey.”

“I believe we are more than just a place where we workout. We are a community of caring and passionate individuals that love fitness and promote a healthier lifestyle.”

Get race day ready, build stamina and resilience, and prepare your mind and body for anything with committed personal trainers certified by Spartan. Ask your local 24 Hour Fitness club to find a Spartan SGX Certified Trainer near you – plus sign up here for upcoming Spartan Workout Tour sessions hosted by 24 Hour Fitness.

Amelia got her start as an endurance athlete at age 28 after finishing law school. Since then, she has balanced a life of competitive racing and a successful career as a lawyer, currently at Apple. Amelia has won Spartan Race world Championships in 2013, Spartan Race Points Series Champion in 2013 and 2014, and several others that have earned her the nickname “The Queen of Pain.”

Robert, known as “The Captain” has quite the resume of competitions under his belt including the Spartan Race 2018 North American Champion and World Champion title in 2015. With a background as a US Army Green Beret, Operation Iraqi Freedom combat veteran, 2016 Best Ranger, and member of the California National Guard, Robert is now one of the hardest-working, most successful OCR athletes in the world. His primary source of motivation is his family, including his son Chris who also participates in Spartan Kids races and will be joining Robert on the 2019 Rose Parade® float.

Nicole Mericle has taken the OCR world by storm earning several podium finishes in just the last two years. She is a two time 3k OCT World Champion and placed 2nd with her team in the Spartan World Championships this year, among several other accomplishments. With a background in running cross country and a love for rock climbing, Nicole had the perfect combination of speed, strength and agility for obstacle course racing. Nicole dedicates her life to fitness, not only by participating in races but also in her career as an EMT in Boulder, Colorado.